Call us now !
Send us an email
Find us on the map
NIGER DELTA PEOPLES WORLD CONGRESS 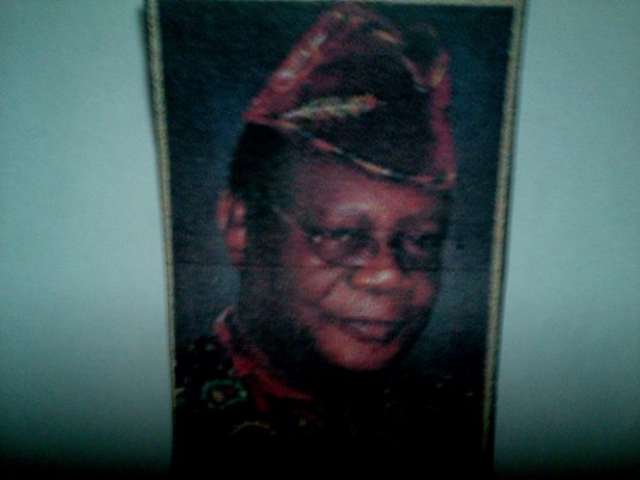 CHIEF SAM NELSON UDOFIA
With very deep sorrow, we join the Ibibio Community, family and well-wishers in the United States and Nigeria to announce the unfortunate passing of our amiable, dynamic and transformational Provost of the Niger Delta People's World Congress, Elder, Mkpisong, Chief Sam Nelson Udofia, after a brief illness at the University of Uyo Teaching Hospital, Uyo, Akwa Ibom State, Nigeria. Chief Udofia was aged 73-Years but survived by his wife, numerous children, sisters, brothers, and well-wishers.
MAY HIS SOUL REST IN THE BOSSOM OF THE LORD!!!
Born to the royal family of Chief Nelson Udofia Ekpene Etuk in Akwa Ibom State, Nigeria, Chief Sam Udofia was a man of academic excellence. He earned a Bachelor's degree,  in International Business Management from Howard University, 1973 and a Master of Business Administration (MBA), 1976 from George Washington University, Washington, DC.
The professional career of Chief Udofia spans two continents. He was a lecturer at College of Technology, Cross River State, and Chairman of the Department of Banking and Finance, University of Uyo, Akwa Ibom State in Nigeria. He became chief executive of Anchor Insurance Ltd (formerly Manila Insurance Nigeria Ltd), CEO of Cross River Co-operative Wholesale Association, Ltd and later, Consultant to the World Bank in Washington, DC. Chief Udofia established several companies in the Washington metropolitan axis in the United States.
An advocate and astute Civil Rights icon, Chief Udofia was an active facilitator in the campaign for the creation of Akwa Ibom State. He was a founding member and Provost of the Niger Delta People's World Congress, a global socio-cultural umbrella organization that advocates for the Rights of Indigenous People of the Niger Delta who own the largest Petroleum Dome in Africa but are exploited, oppressed, marginalized, and grossly undeserved. Chief Udofia was a legendary freedom fighter and helped found the Akwa Esop Imaisong Ibibio USA, first chairman of the Ibom People's Congress USA, and a founding member of Ibibio Community USA.
It is noteworthy that Chief Udofia promoted a pacifist approach to the collapse of governance at the centre or the falsehood of the Nigerian re-engineering project by advocating for passive resistance to socio-economic injustice and denial of self-determination through out the South-South Zone.
We pay tribute to a man who will be remembered as a tireless advocate and a role model and inspiration to new generations of Niger Delta activists. We cherish Chief Udofia and all of the tireless and effective work he has done on behalf of Niger Delta throughout his life, and now is the time for us to stand with him and his family during their time of need. May the many memories and legacy of Chief Udofia help to sustain you all at this most difficult time. We knew him also as a courageous, strategic, freedom fighter who valiantly helped to shape and lead campaigns for freedom, justice and human dignity for all persons, in Nigeria and his adopted country of United States.
Peace be to the entire family!
Signed: Chief Mpaka Princewil - CHAIR
Olorogun Aruegodore Oyiborhoro - VICE CHAIR
Dr. John Tebepah - GENERAL SECRETARY
Prof. Macleans Geo-Jaja - WORLDWIDE COORDINATOR
Mr. Omasan Ofuya - PUBLICITY SECRETARY/DIRECTOR. OF COMMUNICATION
NIGER DELTA PEOPLE'S WORLD CONGRESS BOARD OF TRUSTEES